These Vegan Black Bean Brownies are so incredibly fudgy, dense and intensely chocolate-y, yet they are made from nothing but healthy, wholesome ingredients! Serve them at your next party and don’t say a thing: I can guarantee you that not a single soul will be able to tell… 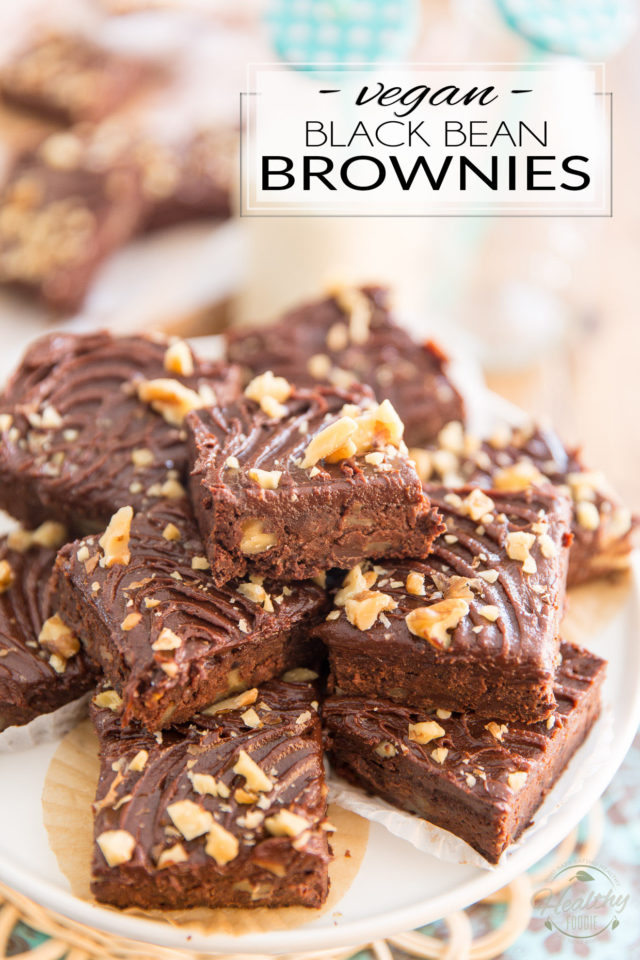 Don’t think it’s even possible to make a decent brownie while leaving out the oil, butter, eggs and sugar? Well, I don’t blame you because I was pretty much in that exact same boat, until just a few days ago…

But then I did get a major craving for a good brownie, so I was left with no other option than to try my chances! I spent a couple of hours studying many recipes and from that, elaborated one that I thought would fit meet my needs. Or well, crossed my fingers that it would, anyway.

Well, guys, not only did these brownies meet my expectations, they totally blew them out of the water! I kid you not: these black bean brownies, they are probably the best brownies I’ve ever had! They really ARE super fudgy and dense, and so intensely chocolate-y, I swear, you can’t even tell that there are actually black beans in there. You’d swear they were the absolute real deal!

Take my word for it… next time you too get a craving for a good brownie, whip up a batch of these. I swear, they will totally BLOW YOUR MIND!